Infranode is pleased to announce that Mr Rajakaski has joined the Infranode team as Investment Manager and Country Lead Finland.

Mr Rajakaski has been involved in several recent landmark infrastructure transactions in the Nordics with a combined transaction value exceeding EUR 10bn, acting both on the buy side and sell side. He has worked within a wide spectrum of energy infrastructure assets including regulated electricity and gas distribution, heat, hydro, LNG, wind and other renewable energy sources.

Prior to joining Infranode, Mr Rajakaski was Head of Strategy at Fortum Distribution in Sweden (later Ellevio), where he was involved in M&A and strategy development working closely with the divestment of the Fortum Distribution division. Before becoming Head of Strategy, he headed the team responsible for long term asset management for Fortum’s entire Distribution division covering assets in Finland, Norway, and Sweden. Mr Rajakaski started his career at Icecapital, a Nordic investment bank, where he worked in the Helsinki office with M&A and financial advisory covering the power and utilities sector, advising energy sector companies as well as international infrastructure investors.

Mr Rajakaski holds a M.Sc. in Economics and a M.Sc. in Engineering with focus on energy technologies, both from Aalto University in Helsinki. He is a native Finnish speaker and is fluent in English and Swedish.

In addition to having particular focus on developing Infranode’s infrastructure investing business in Finland, Mr Rajakaski will also be closely involved in executing Infranode’s investment strategy in the Nordic energy and utilities sector.

“We are excited to have our first Finnish colleague on board and, at the same time, launch the Finnish version of our web site, emphasizing our local Nordic focus and interest in the Finnish infrastructure market”, says Philip Ajina, a founding partner of Infranode. 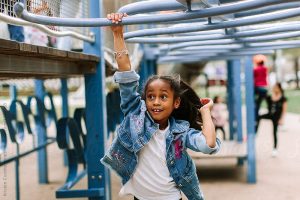